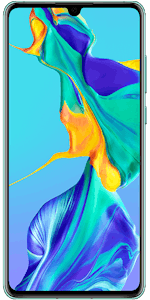 Aside from recent controversies, Chinese telecoms giant Huawei is best known for crafting top-drawer smartphones with bottom-drawer price-tags, and the latest flagship to join its ranks is the P30.

Naturally, you won't get a smartphone of Huawei's calibre on the cheap. However, there are ways to manage the cost and get yourself a best deal. Indeed, there are a number of networks who offer some fantastic deals, as awell as a plethora of different contract length, too.

O2 offer some brilliant perks like free gig tickets on its O2 priority plan. Moreover, it also boasts 1,000’s of Wi-Fi spots across the UK, including in restaurants, cafes and shops.

BT, which piggybacks on EE’s mobile network, offers generous coverage across the UK. And if you’re an existing broadband customer, you’ll get a reasonable discount on its mobile phone contracts.

Huawei P30 at a glance

Unsurprisingly, Huawei hasn’t meddled too much with the P30’s design. In fact, it sports a similar look to the P20, just with a few tweaks; most notably an in-screen fingerprint sensor where the home-screen button once sat, and three cameras aligned vertically at the back.

The P30’s display clocks-in at a hefty 6.1 inches, and the device boasts an OLED panel with super-sharp pixel density and 19.5:9 aspect ratio - perfect for watching TV shows, movies, and playing games.

In terms of colour, there are five variants to choose from: Breathing Crystal, Aurora, Amber Sunrise, Black and White.

In the past, Huawei has packed its latest flagships - like the Mate 20 Pro and P20 Pro - with the best top-draw specs and eye-watering features. The P30 is no exception to this rule.

At the back of the phone sits three, vertical cameras - a 40MP, 16MP and 8MP - while a 24MP selfie camera sits at the front. There’s also an LED flash to the right of the lenses, and next to that a ‘time-of-flight-sensor’ designed for super accurate, in-depth shots. And, on the storage front, the handset boasts 128GB, along with between 6GB and 12GB of RAM.

Top-tier premium smartphones like the Huawei P30 don’t come cheap, but there are different ways to pay for a mobile contract - particularly if you don’t want to pay an upfront fee.

On the plus side, you get a brand new Huawei P30 without paying out hundreds of pounds at the start of your contract.

Don't fancy forking out for a brand-new handset? Why not try a refurbished phone. Winningly, you'll often find these handsets in decent condition - in some cases, they may have only been used a few times. All we can say is be sure to read the small print to check the condition of the phone in before you buy.

It’s also critical that you check that the phone is unlocked before you buy it. This means it won’t be tied to a particular network provider, so you can effectively shop around for the best deals.

These days, most resellers issue refurbished phones on a monthly contract. You can check out refurbished contracts here.

Absolutely. For starters, the Huawei P30 boasts one of the best camera systems we’ve seen on a smartphone; perfect for selfie fans and would-be photographers alike.

What’s more, it also looks the part. In fact, with an array of stunning colour options to choose from, including Amber Sunrise, Aurora, Breathing Crystal, Pearl White and Black, you’d be hard pushed to find a more elegant looking smartphone in 2020.

Lastly, the P30 packs a 3650mAh battery which should last a full twenty-four hours, even after a full day’s use, plus 6GB of RAM and 128GB storage.

Does the Huawei P30 support 5G?

Unfortunately, the Huawei P30 does not support superfast 5G.

Is the Huawei P30 waterproof?

No, the Huawei P30 isn't waterproof – only splash and dust resistant.

How many cameras does the Huawei P30 have?

What size is the Huawei P30?

Does the Huawei P30 have wireless charging?

The Huawei can only be charged wirelessly with one of the Chinese tech giant's wireless charging cases (sold separately).

Can I get a Huawei P30 contract with bad credit?

If you have a poor credit rating, you might find it difficult to get a Huawei P30 on contract.

To that end, we’d suggest you either save up and buy it SIM-free and then get a cheap SIM only deal. Or take a look at contracts for cheaper phones that you're more likely to be approved for.

Can I get Huawei P30 deals with no upfront cost?

Although it’s possible to get a Huawei P30 deal with no upfront cost, your monthly fee will be higher.

As we say, though, the upside is you’ll get a new Huawei P30 without forking out hundreds of pounds at the start of your contract.

Does the Huawei P30 have portrait mode?

A common feature in most new smartphones, the Huawei P30 does have Portrait Mode on both the its front and rear cameras.