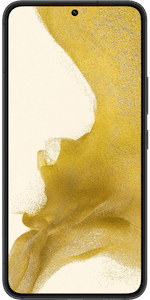 Want a new Samsung Galaxy S22? Then look no further. You can compare deals here at Comparemymobile and find the right model and contract for you in no time at all.

Samsung Galaxy S22 at a glance

Throw in Samsung’s new Exynos 2200 chipset and two day battery life, and you’ve got one of 2022’s hottest phones.

You can also spread the cost of the device out over a 24 month or 36 month contract. Compare deals here now to see how much you can get a Galaxy S22 for.

Samsung has opted for continuity when it comes to the Galaxy S22.

That means a device which looks largely the same as the S21, with an edge to edge AMOLED display, a sleek triple camera setup on the back and a hole at the very top of the screen to house the front facing selfie camera.

The Samsung Galaxy S22 comes with a triple lens camera, the same as that found on the Galaxy S22 Plus.

The selfie camera features a 10MP lens and offers 4K video shooting. The main camera can shoot 8K and HDR10+ video, great for anyone who loves to make videos for social media.

The Galaxy S22 houses Samsung’s new Exynos 2200 chipset, which is its best processor yet. Paired with Android 12, it promises cutting edge performance.

The bright, 6.1-inch display is almost identical to that on the Galaxy S21, with 120Hz refresh rate allowing games and apps to look their very best.

There are 128GB and 256GB models available, each with 8GB of RAM. That means this phone will stay fast and powerful for years to come, making it a solid bet for those who want a device for the long term.

Can I get the Samsung Galaxy S22 with no upfront cost

The Samsung Galaxy S22 is a minor boost on the Galaxy S21, so if you recently bought the latter, you may not want to upgrade.

But its seriously impressive camera, coupled with its cutting edge spec sheet, means it’s definitely worth considering if you have an older device you want to sell. Its screen alone makes it an eye popping proposition.

The main difference is the camera. The Galaxy S22’s main lens has made the jump to 50MP, a serious boost which means it will be even better than the S21.

The newer Exynos 2200 chipset is also a marked jump on last year’s effort, as is the fact you get Android 12 out of the box. In all, this is a small but impressive upgrade.

What's the cheapest way to get a Samsung Galaxy S22

You can pick up the Galaxy S22 with 128GB storage for £769 and then pair it with a cheap SIM only deal. Monthly deals, including 5G data, start at just £4 a month.

If you don’t have the cash available to buy the phone outright, compare deals to see which offers the cheapest cost.

You’ll see the overall outlay over a 24 month contract whenever you compare a mobile deal with us,